OMG! This Awesome Emoji Themed 11th Birthday Party is every tween girl’s dream! It may even make them a little “emoji”nal! We’re seriously crushing over the emoji party theme this year! There are so many fun emoji party ideas that you can incorporate into your own party. Take note because this emoji birthday party will blow you away!!!

You will also love these Emoji Birthday Party Ideas: 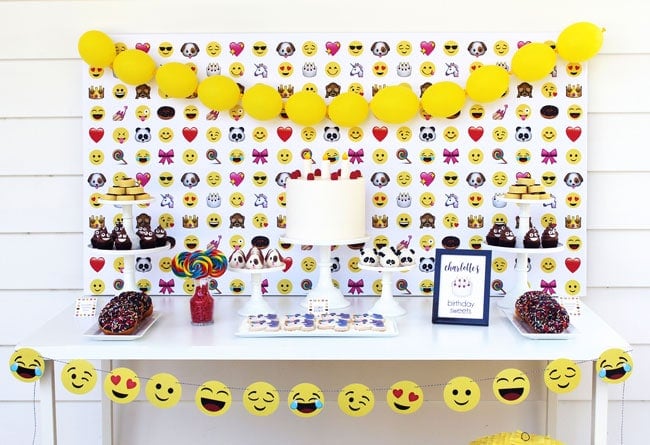 The birthday girl couldn’t wait to celebrate her 11th birthday in style with all of her friends and favorite emojis! 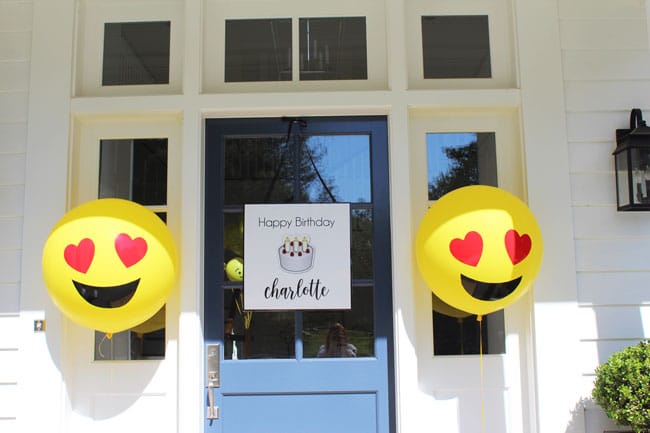 Bloom Designs Online did an amazing job on everything to do with this party. And they may have had an inside track on exactly what this birthday girl wanted. It was their daughter!

This birthday girl had planned and talked about this party for over a year, so she knew exactly what she wanted and Mom knew that it had to be everything her little girl envisioned! 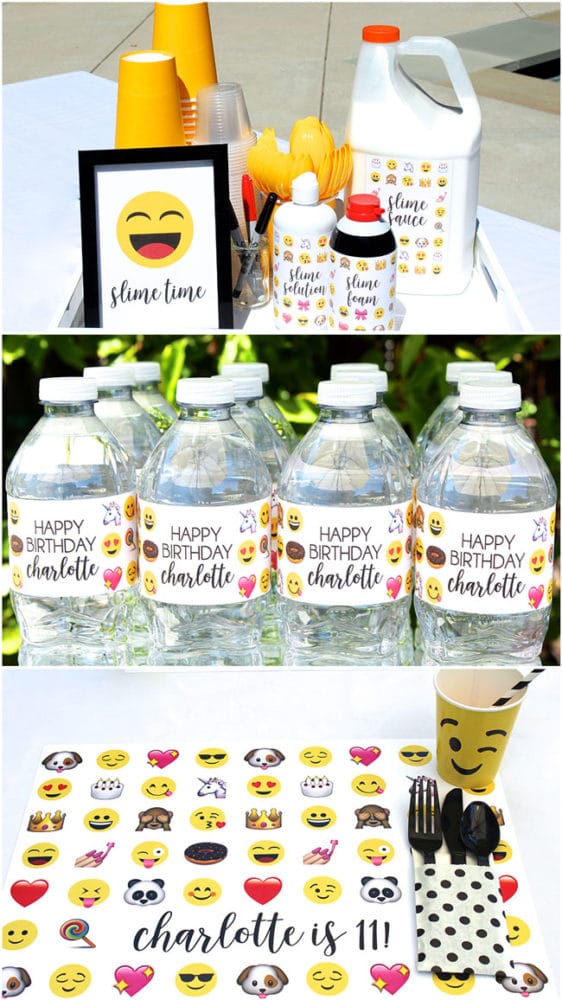 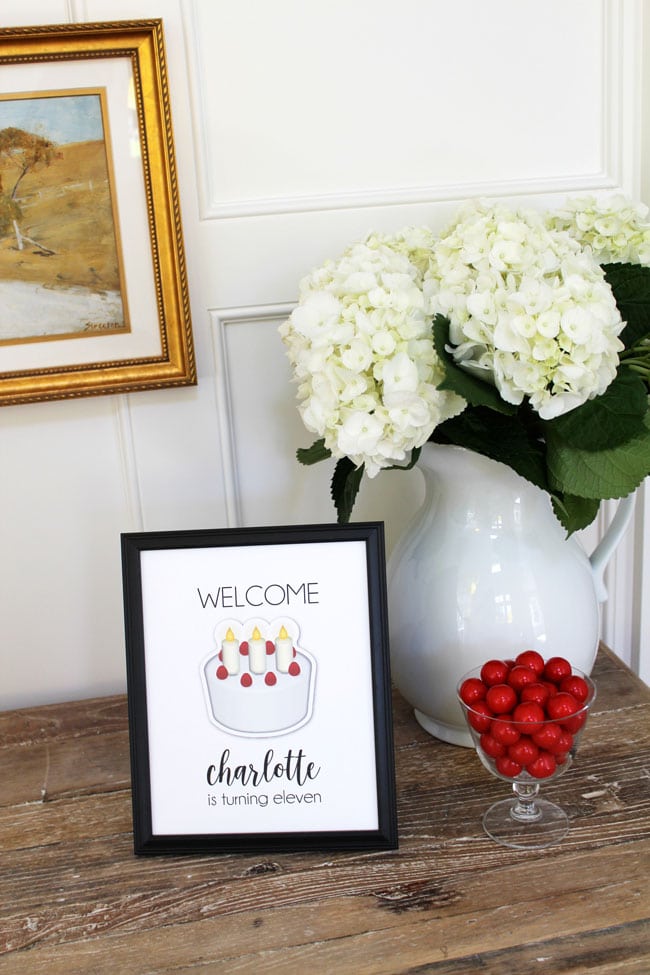 Rather than just use emoji faces, Bloom Designs Online was able to incorporate other emojis that were a bit more personal to the birthday girl. 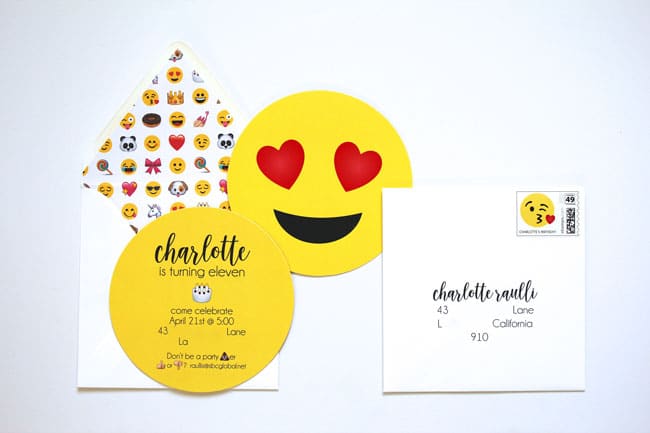 First course of action? The background paper and envelope liner. Once those were styled, the rest of the party easily came together! How cute is this emoji party invitation?! 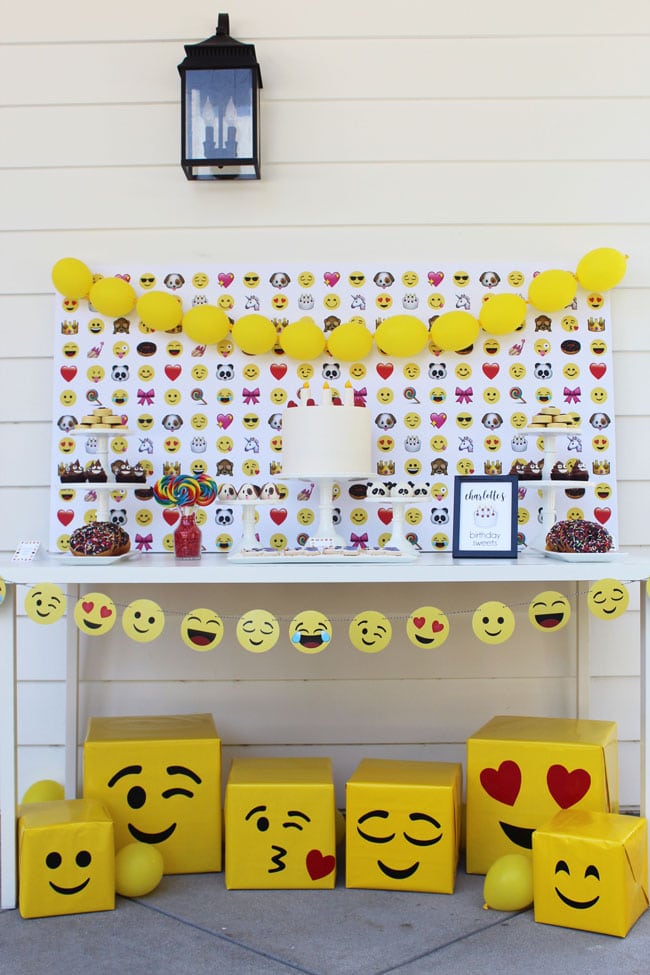 As always, the dessert table was the focal point of the party. All of the desserts served looked like one of the emojis that was being used for the party! So sweet! 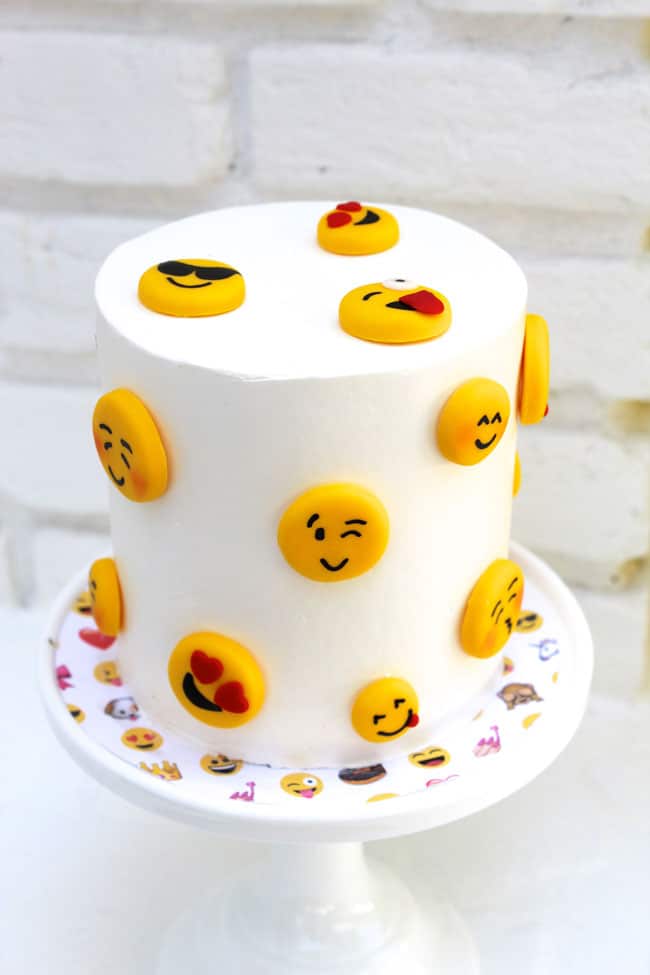 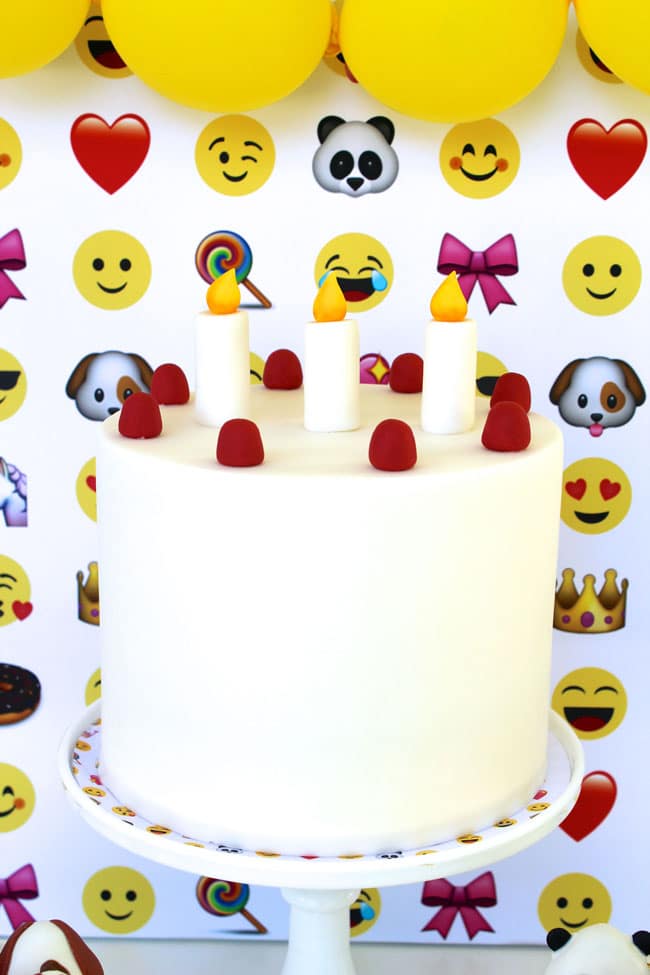 The emoji cakes by Sweet and Saucy Shop were amazing! 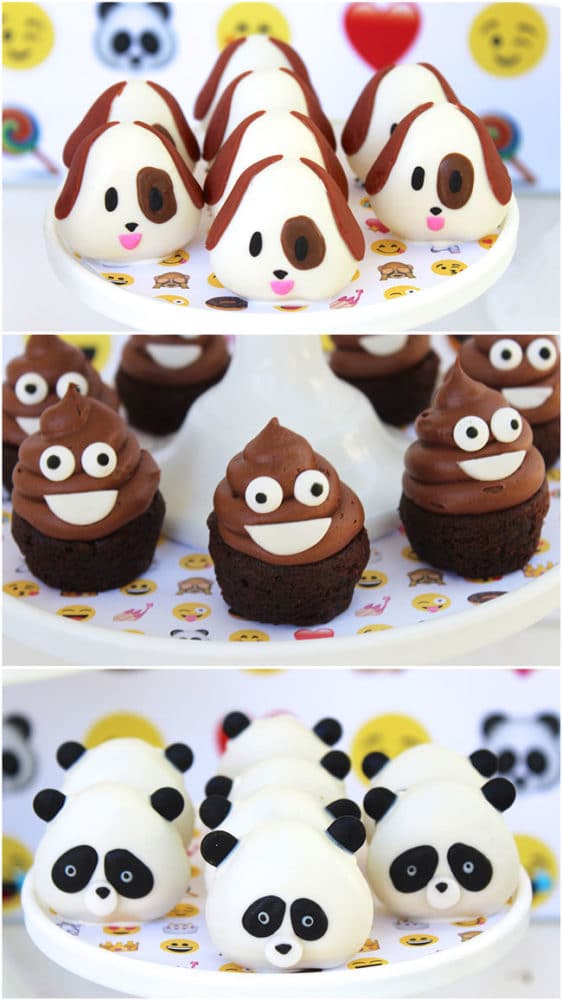 Dog and panda cake pops created by Cake Poppin were a big hit with the girls! They were definitely a party favorite. 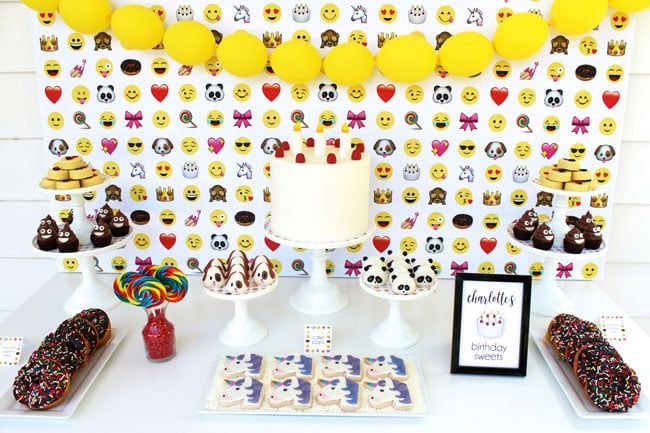 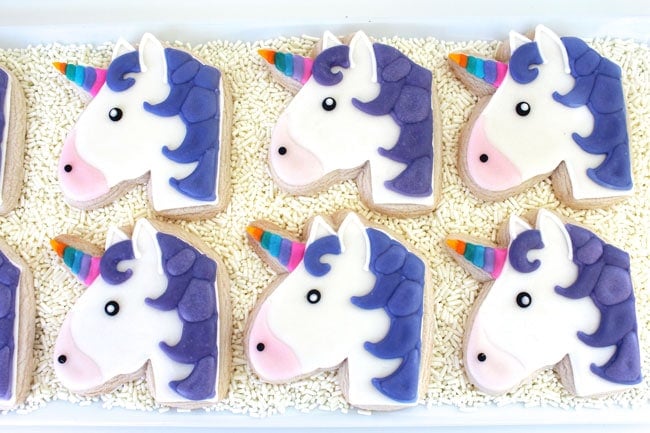 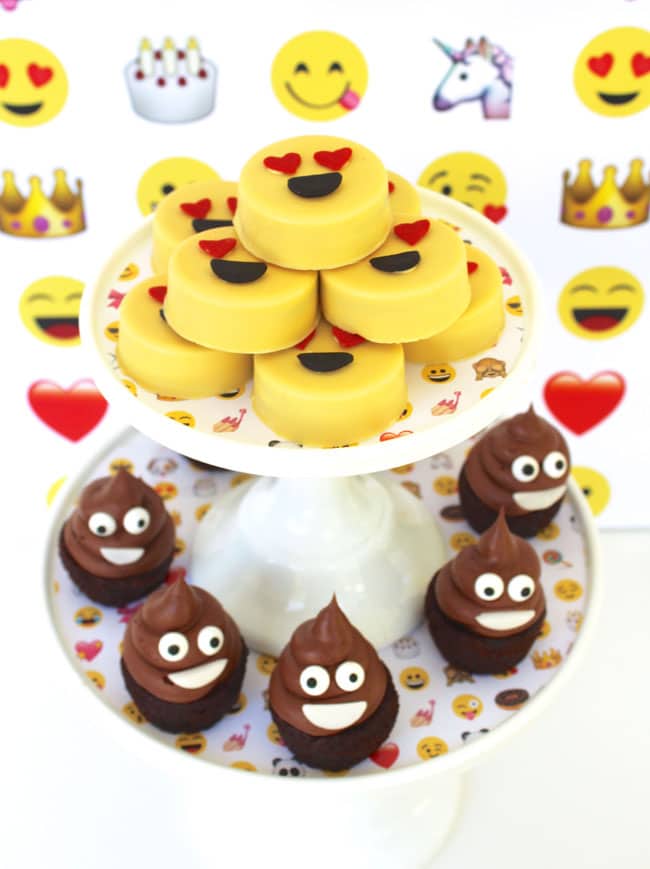 The birthday girl, along with her friends, really loved the emoji ‘poops’, though! They were created from brownie bites, chocolate buttercream and candied eyes and mouths from fondant. These emoji poop cupcakes were definitely a hit too! 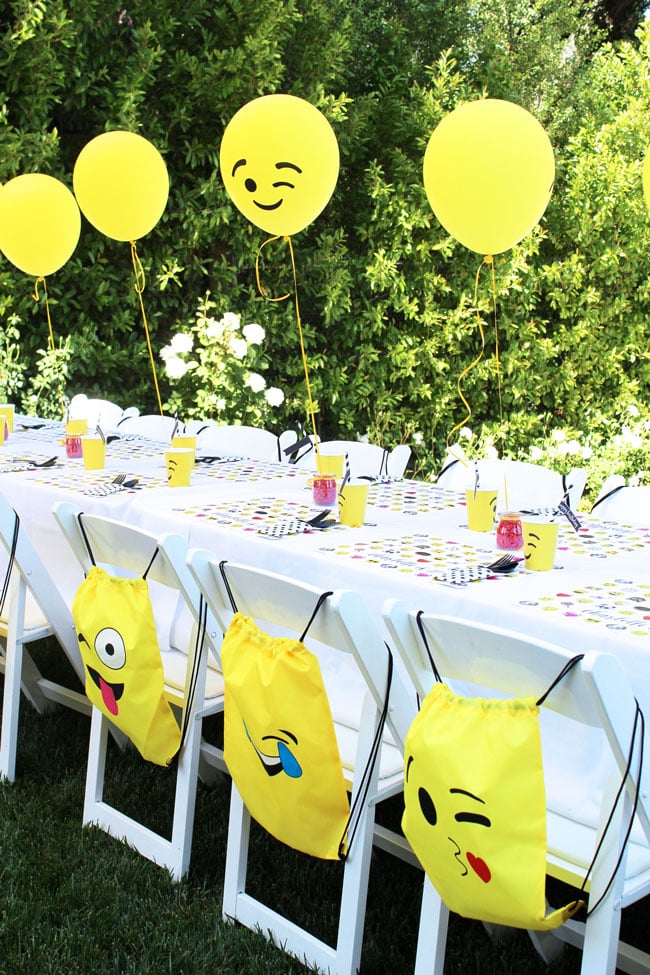 The eating table was set with personalized placements, emoji balloons and emoji backpacks that all of the girls were able to take home. 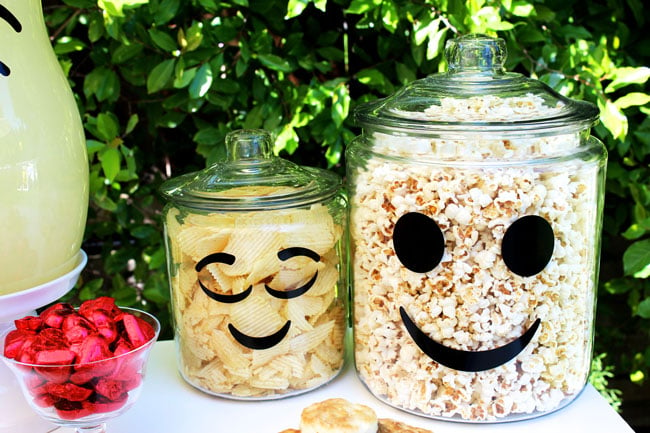 On the drink and snack table, emojis were everywhere! The drink dispenser, raspberry cups and biscuit jars all were decorated with emoji faces that were cut from vinyl. 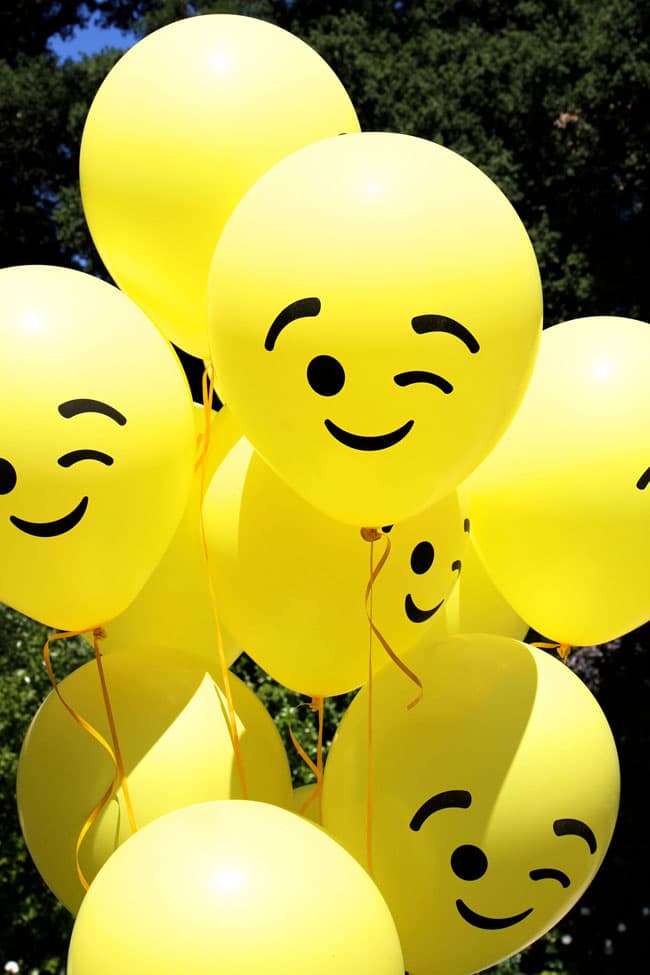 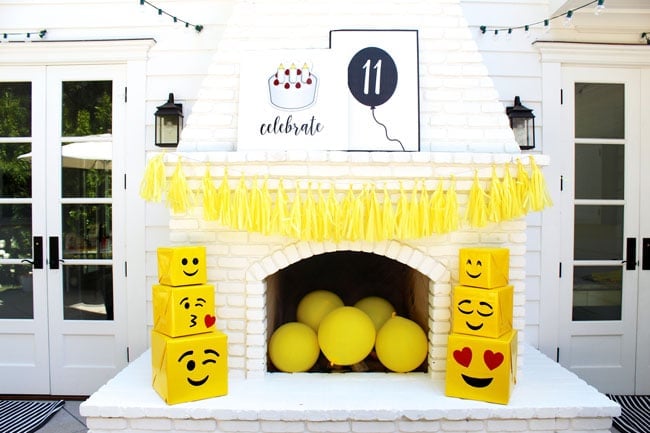 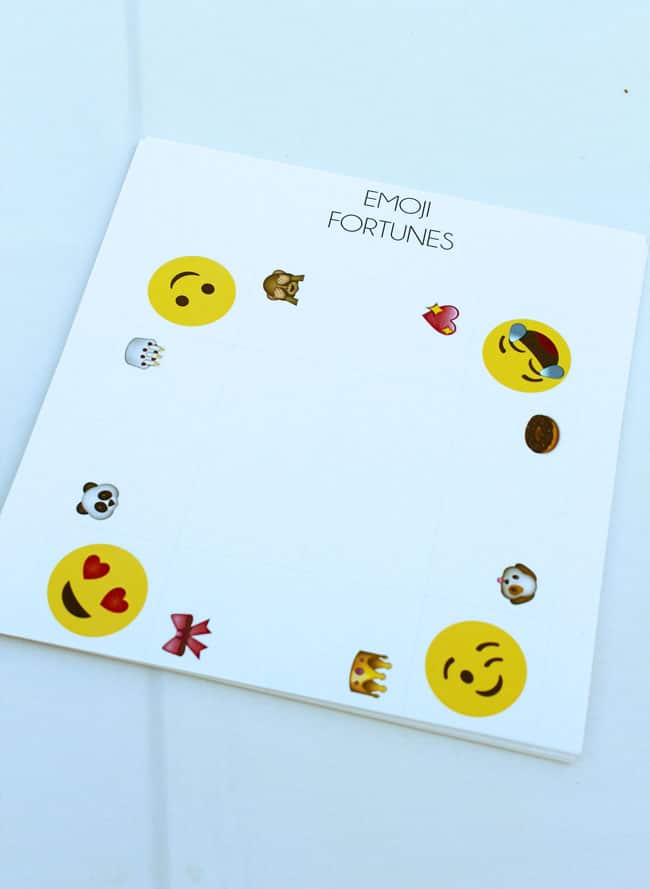 Custom emoji balloons, emoji piñata and emoji boxes that were created completed the final look for the Emoji Birthday Party. 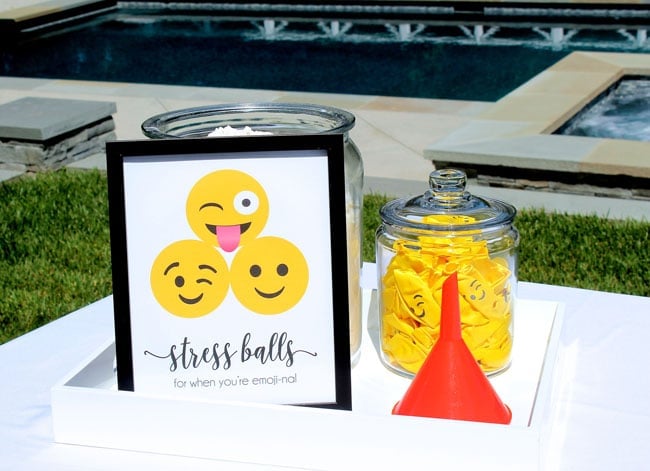 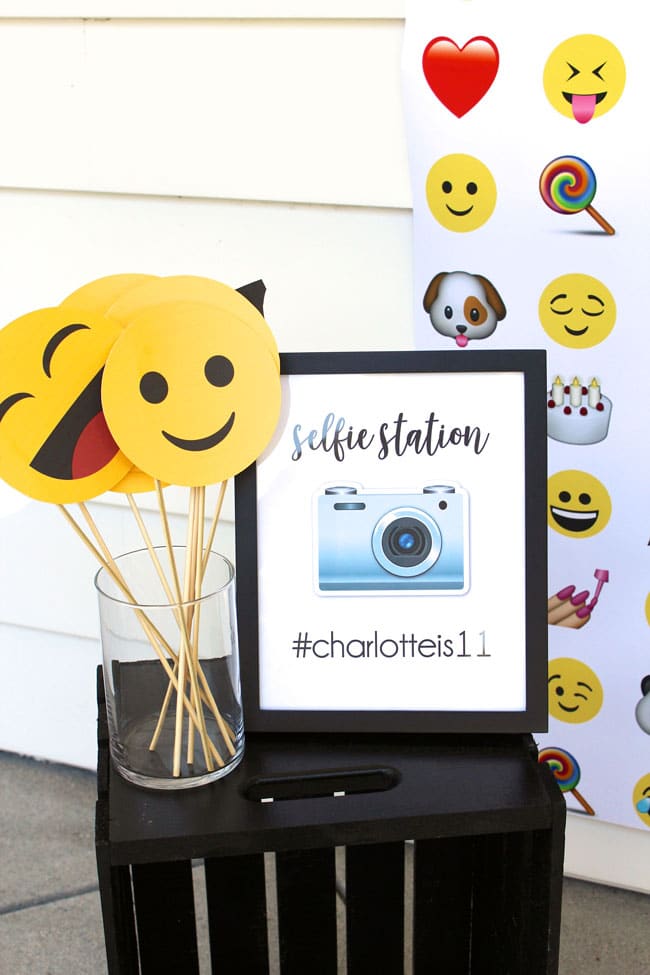 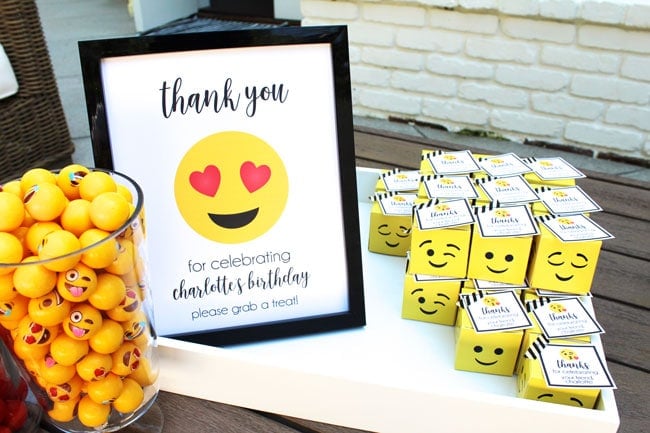 During the party, the girls made emoji slime, along with emoji stress balls. They also had tons of fun taking selfies in the photo booth and played with paper fortune tellers. Everybody also got an emoji party favor box as they left. 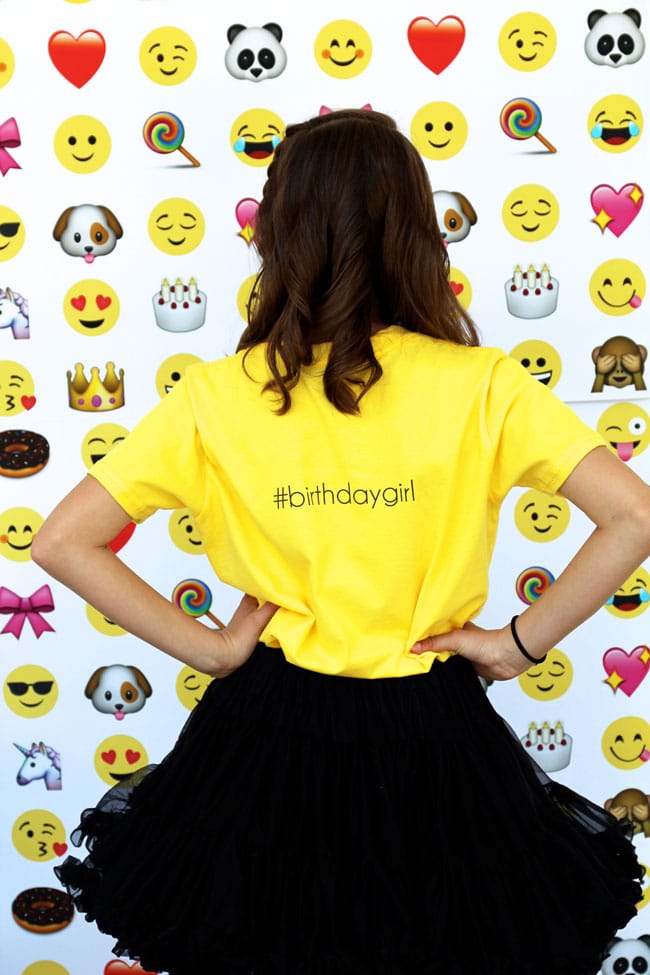 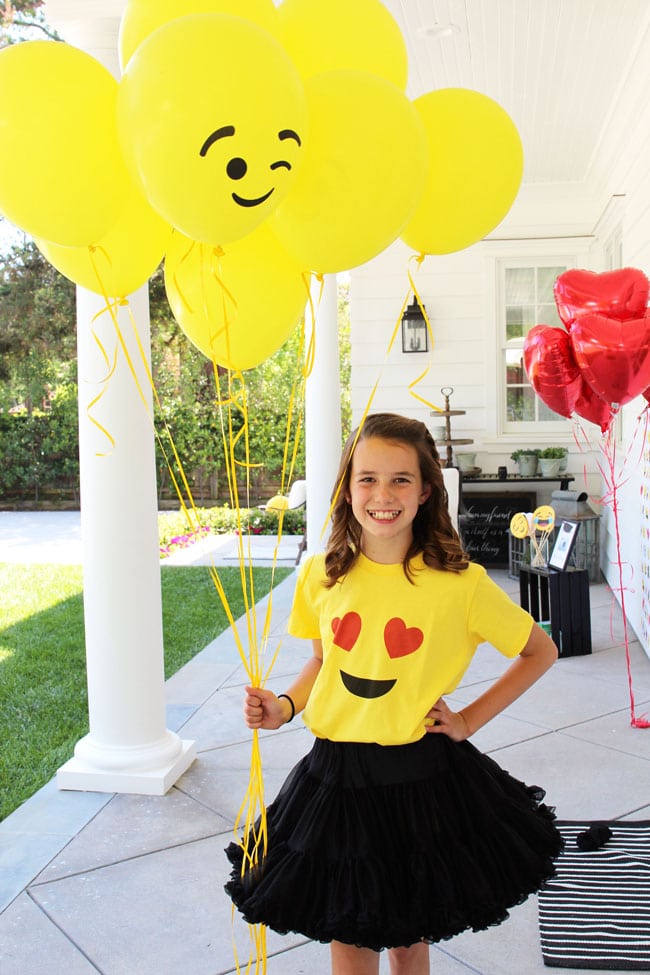 This birthday girl got exactly what she had been dreaming of, when she first thought up her Awesome Emoji Themed 11th Birthday Party! We can’t wait to see what she decides upon next year!

What’s your party party details in this Awesome Emoji Themed 11th Birthday Party?! Let us know in the comments below! 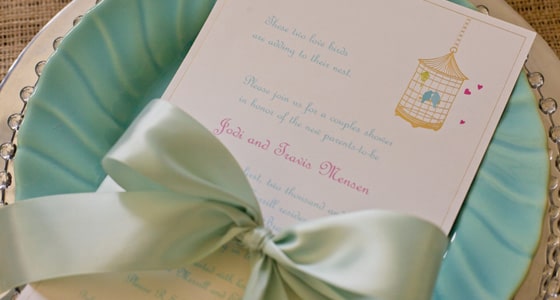 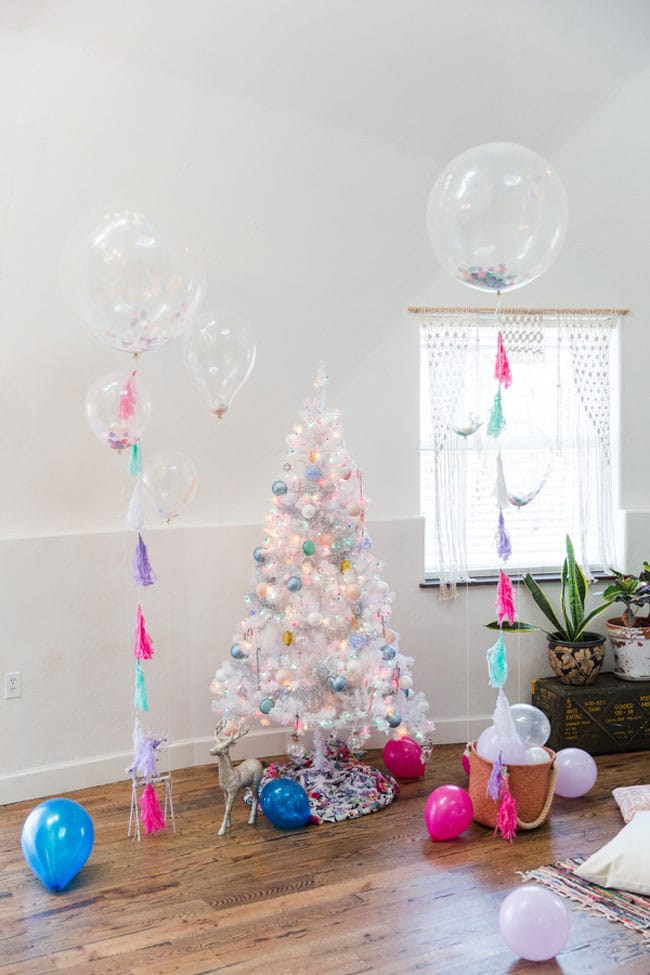 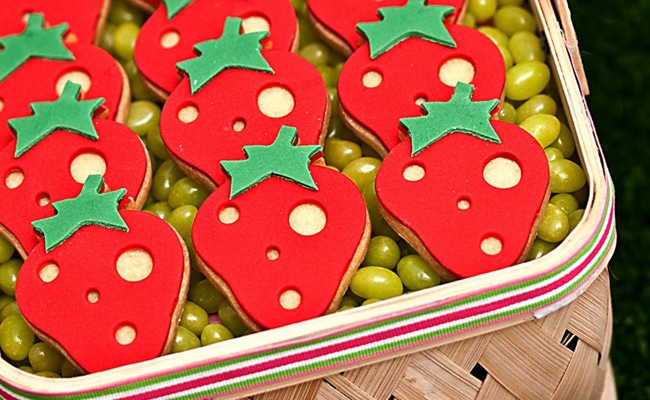 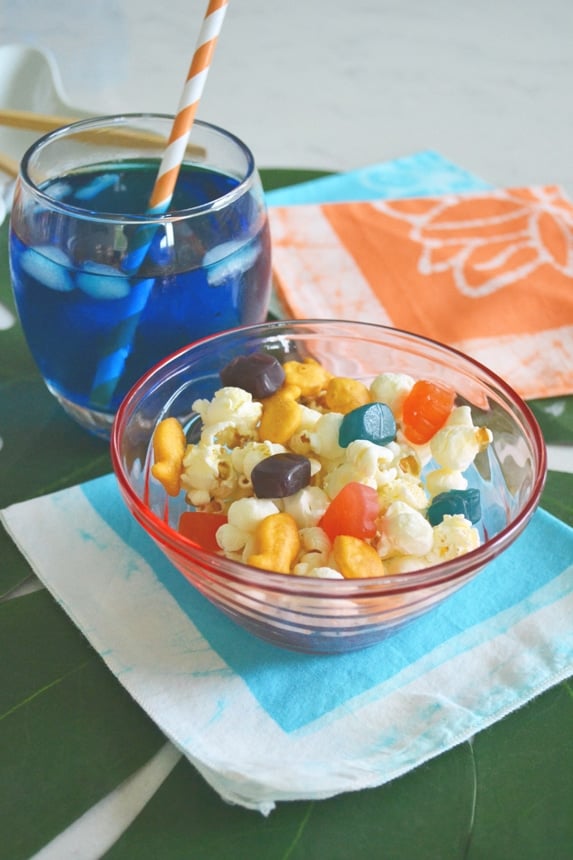 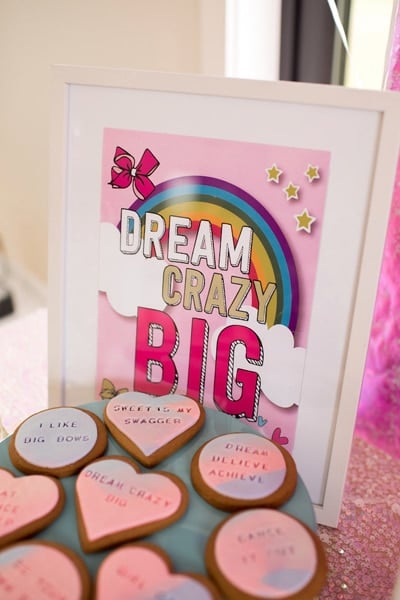