Babies! Baby showers! They are such a fun and exciting time and such a wonderful event to plan and be a part of.  But how do you plan an event for someone who is an event planner, herself? This baby shower was for Nicole Arend of Nicole Arend Weddings & Events. As much as she tried not to be a part of the planning for her own baby shower, she was allowed some concessions and did add her own style to the event, while having a couple surprises thrown in for fun! When it came to the theme for her big event, Nicole knew right away what she wanted – an Expecting to Pop Baby Shower Theme!

Just because she knew what she wanted her theme to be, she left the hostess, Ali, in charge of what colors to go with. Because Ali knew the colors Nicole was using for the nursery, she decided to incorporate them in for the shower, which were coral, pink, and grey. Yup….. it’s a GIRL!!!

Gorgeous pink flowers filled the space and added a touch of elegance.

Choosing the right location for the baby shower was the first plan of action once the theme was decided upon. Nicole knew she did not want to have her shower at someone’s home, as that puts a lot of stress on the homeowner. Therefore, she decided that the Sonoran Foothills Community Center would be a great location to keep things intimate, yet not have to worry about the clean-up at someone’s home afterward. Once the location was decided, choosing the vendors for the event came next. Since Nicole is an event planner many of her preferred vendors offered to help with the shower by providing the chairs, linens, flowers and even the food! Nicole definitely had the connections!

The baby shower was catered by Straight To the Plate. Nicole is a big, big fan of chicken salad sandwiches and spinach dip. Therefore, Sue with Straight To the Plate created the perfect menu for Nicole, which included chicken salad sandwiches on a croissant, spinach and artichoke dip served with pita chips, BLT dip and fruit kebabs. The event was photographed by Memories Through Time, who did such a great job at capturing all of the details of the baby shower!

The day of the event couldn’t have went any better than planned! Nicole welcomed 40 guests to help her celebrate the pending arrival of her baby girl and everyone was excited to help “shower” her with love.

For dessert, guests were served cupcakes, along with chocolate covered pretzels and Oreos. They were so cute with special baby girl themed chocolate coverings!

Guests were invited to play “Celebrity Babies of 2013” that would match the baby name to the parent. Phew! That was harder than it looked! They also played the good old fashioned game “Guess the Mommy’s Tummy Size.” Everyone, young and old, enjoyed wrapping string around Nicole to try to guess the size of her belly!

Another great item that was the talk of the baby shower was the Popcorn Station! Nicole has always loved popcorn and knew that for her baby shower she wanted to have a “POP” Corn buffet. The flavors included kettle corn, caramel, cotton candy, butter and dill pickle (because all pregnant women love pickles, right?!?!) and were provided by My Popcorn Kitchen. Everyone loved choosing from all of the different flavors that were offered and bags of popcorn were also given out as party favors.

After all was said and done, Nicole’s favorite part of the shower were all of the little details:

But most of all, her favorite part were the people who attended the shower. Much of her family came in from out of town just for the shower, which always makes these events priceless!

Style an amazing baby shower with these fun products below:

Also, get FREE 2 day shipping on your party products when you sign up for a FREE trial of Amazon Prime. 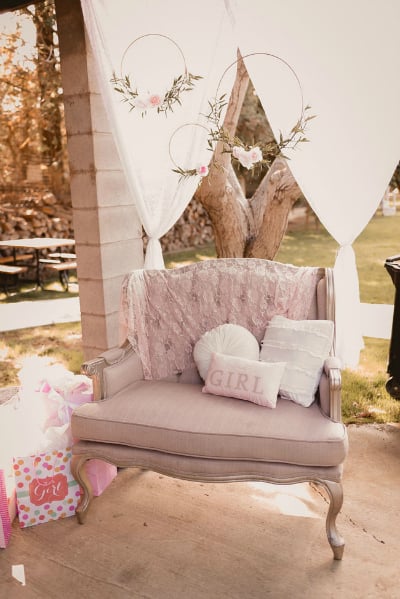 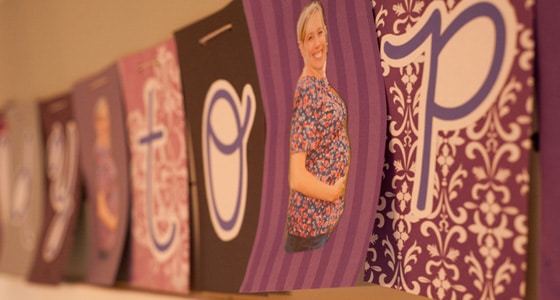 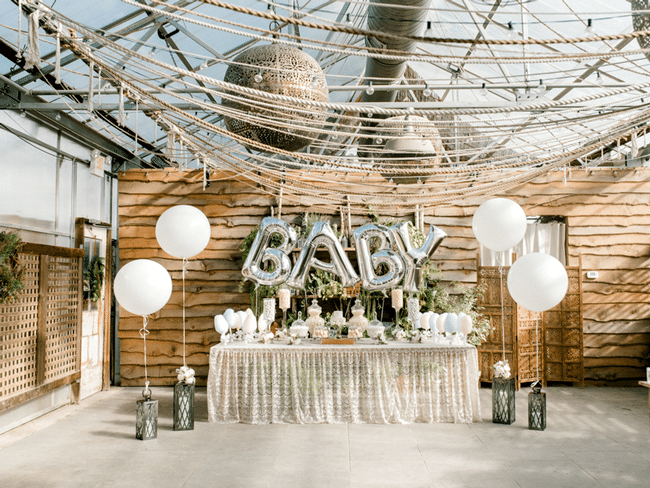 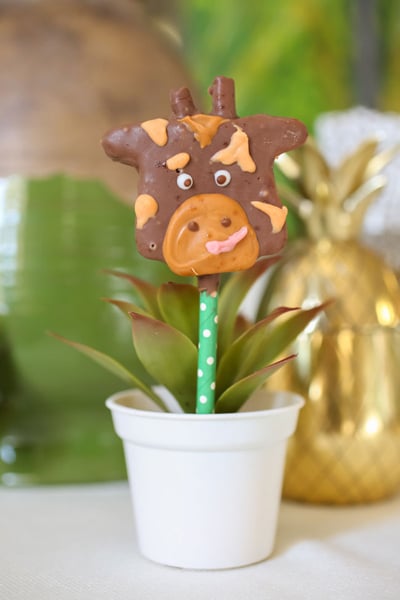