This Fabulous Willy Wonka Inspired Party from First Look Events is absolutely incredible! Everything from the amazing cakes and desserts to the hundreds of wafer paper flowers pouring from the ceiling, were pure perfection!

From First Look Events: “When you are faced with the challenge of honoring a local celebrity whose work has gone viral with millions of views and has been on Food Network, Good Housekeeping, the Today Show and Martha Stewart Weddings, just to name a few; not to mention she is an amazing friend to many in the local industry, you know you have to go big! We used the whimsical childhood favorite as the inspiration for a beautiful 10th anniversary party for Intricate Icings. A Willy Wonka party never looked so elegant!” Guests received custom wave acrylic invitations with copper band featuring a nod to the classic Willy Wonka. As guests arrived at the Denver Art Museum they were welcomed in to a world of pure imagination. Hundreds of wafer paper flowers poured from the ceiling gracefully falling past poured sugar placecards and cascading on to a custom bar height reception table adorned with black flatware, and square plates highlighting poured chocolate menus accented with sugar anemones. Cakes were found spinning around the room and a macaroon and buttercream wall served as the photo booth backdrop. The sweets were abundant from rose cakes to French macaroons to meringue kisses. The lounge area was transformed into the ultimate candy store. Attendees sipped on purple fizzy bubbly drinks created by dissolving cotton candy into champagne. What a sweet start to the next 10 years of Intricate Icings. We cannot wait to see what Rachael comes up with next!

For the styled portion of the event, the model gracefully glided through the halls of the Denver Art Museum in a custom Naeem Khan gown and whimsical jewelry from Marks Diamonds. Bisou Beauty created an amazing modern yet whimsical updo that was made complete by edible flowers. What a fabulous Willy Wonka Inspired Party! Rachael grew up baking in the kitchen with her Hungarian grandmother, but she didn’t discover her passion for cake decorating until later in life while seeking a creative outlet from her day job. She always had artistic interests, so cake decorating seemed like the perfect activity after a long day working as a physical therapist. Rachael began her passion for cake decorating in 2001 with a few Wilton classes and continued to educate herself by taking classes with top designers like Ron Ben-Israel, Colette Peters, and Marina Sousa. In 2006, she started her own company, Intricate Icings Cake Design, out of a commissary kitchen and eventually opened her own studio in 2009. After 6 years in her studio, Rachael opted to scale back her company to focus solely on custom designed, luxury wedding and event cakes, while continuing to share her cake knowledge in private classes and through online Craftsy classes.

Rachael’s work is now nationally recognized in both the wedding industry and the cake decorating community. Her work can be seen on episodes of Food Network Challenge and The Today Show as well as in the pages of magazines such as Brides, Martha Stewart Weddings and The Knot. Rachael has been awarded several top honors including being named one of Martha Stewart Weddings’ top pastry pros in the country and Brides Magazine’s “Top 100 Bakeries.” Brides Magazine has also featured Rachael’s cakes in the “50 Most Beautiful Wedding Cakes” and “America’s Prettiest Wedding Cakes.”

What’s your favorite detail in this Fabulous Willy Wonka Inspired Party?! Let us know in the comments below! 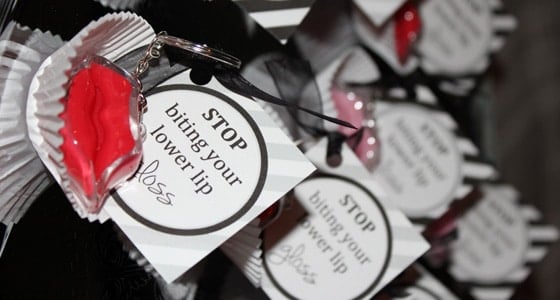 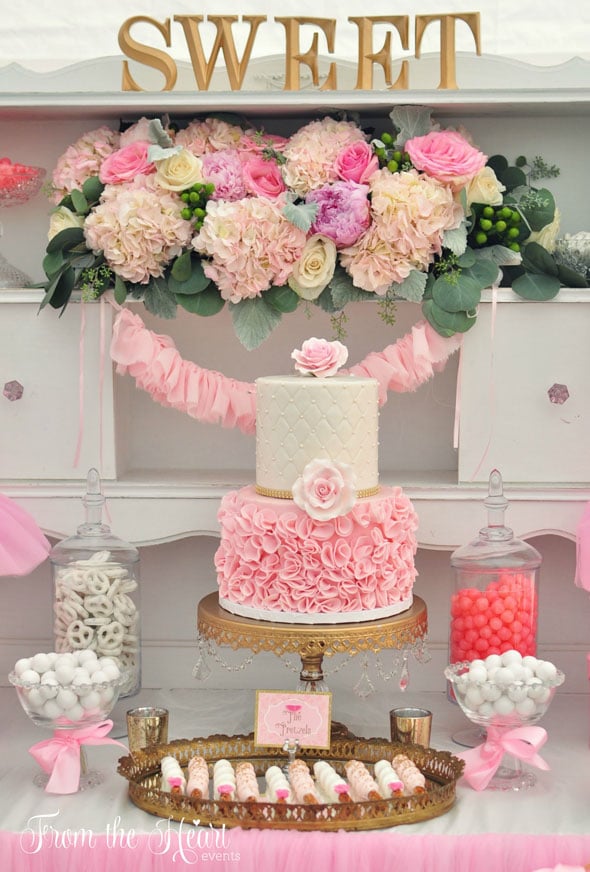 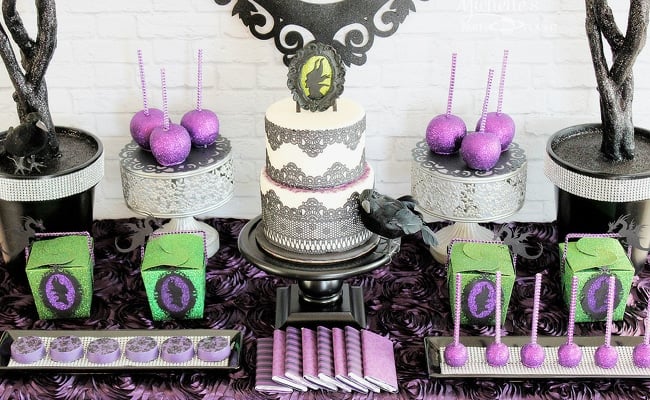 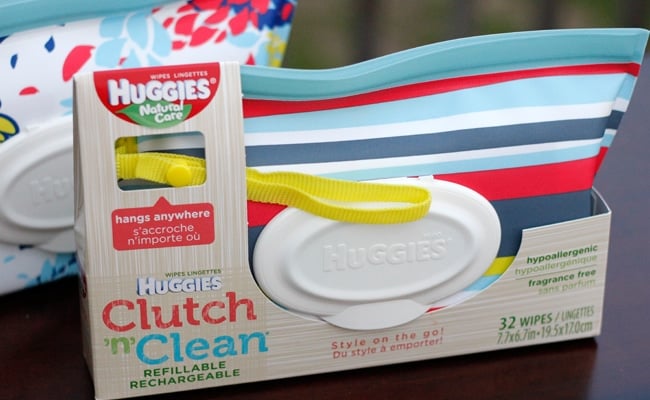