From The Pear: When Blake’s mom contacted us to help with a Camping Party: Camp Blake, we were absolutely thrilled. The idea of patterns, colors, and of course s’mores sounded delicious!

Tents were pitched throughout the “camp sight,” there was Lost Man’s Lake – which was alligator infested, and a dessert table that held everything from the making of s’mores to wood for the fire (Kit Kat), and of course worms for bait. The campers were all set. As they arrived, the camper’s noticed their camping packs at their place settings and were advised that their camping packs held valuable items that would soon be useful to them. Each camping pack was filled with a flashlight and a canteen for water, which would later be useful to bring their goodies home.

When everyone arrived, we set forth on an excursion. There were animals and objects hidden all around the camp sight and lake and the children ran around looking to find them. They went on a hunt listening for animal sounds and looking for animal tracks. It wasn’t long before they found them all and at the end of our hunt they discussed the sounds, objects and animals they encountered throughout their journey. It was really adorable! The dessert table was adorned with a tackle box holding gummy worms and Kit Kat as fire wood, bear and alligator cake pops, marshmallows, Hershey chocolate, graham crackers and cupcakes with frosting that looked like fire!The kids were entertained by a camp magician and balloon maker, karaoke and of course the basics of camping, which naturally included making their own roasted marshmallows and s’mores at the camp fire.

Plan a fun camping party with these products: 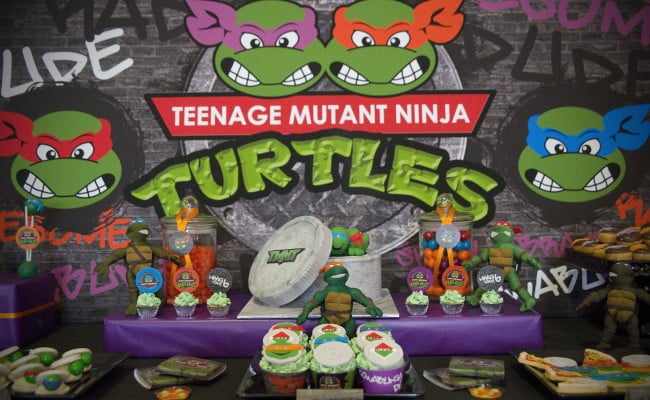 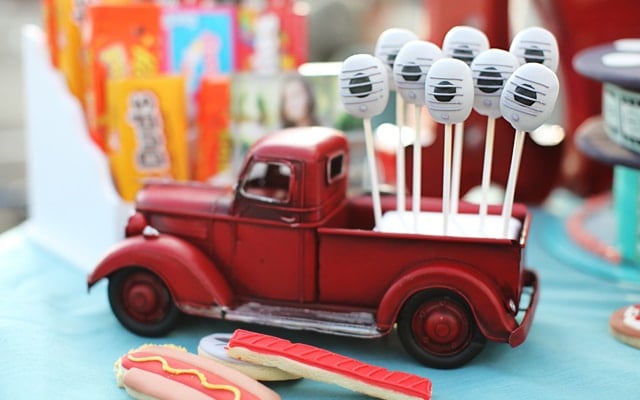 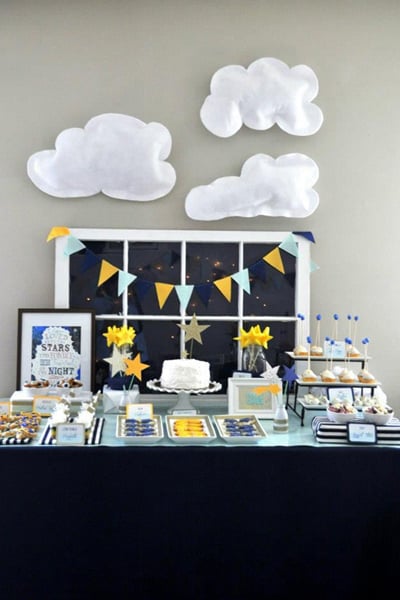 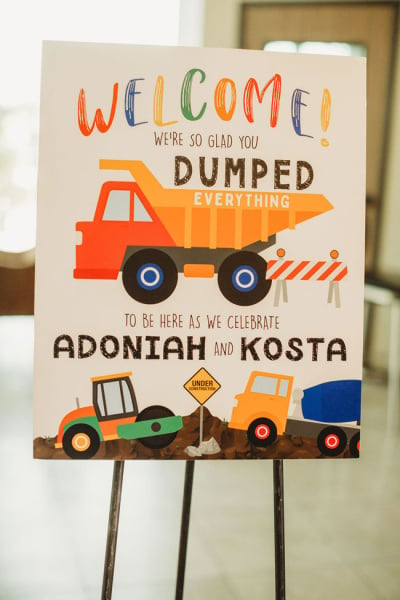