What happens when a few classy, but literature-loving ladies get a night away … 50 Shades of Fun? Styled in the bedroom, all party food (and beverages) were related to the insanely popular book series and were labeled cleverly with e-mails to and from Ana and Christian, themselves. Some not to miss details include actual photos of “THE ESCALA” taken by a party-goer when in Seattle on a “work” trip and a collection of six Ana-inspired photos … just like Jose would take. All articles of clothing remained on, but some infamous apparel appeared on the floor of the party including ripped jeans, a plum dress, and a red-heeled pair of Christian Louboutin pumps. Don’t miss the three iconic cover items: a tie, a mask, and handcuffs. It was a night of all hearts and flowers! The food was displayed on Ana’s nightstand, Christian’s nightstand, or the bed.

Molded chocolate keys labeled “I want to show you my playroom”

Chocolate ‘whip’ licorice, hidden in the chest of drawers

Ana’s cupcakes – Vanilla, of course, served on a laptop

Mini wine bottles with grey striped straws – It seems like they never stopped drinking the stuff?!?

Safe word popsicles served in champagne – Thanks Hostess with the Mostess for the inspiration!!!

Iced-tea (come on… it’s summer and too hot for the real stuff)!

And … a 3-foot long SUB sandwich

All items were store bought or made by the Dom’s (sorry, I mean hostess’ friends)!

Thank you for sharing Mrs. Robinson! 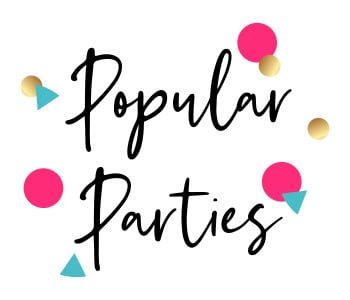